Top 5 New Arizona Laws: That Could Affect You or Your Child

How A Pocket-Sized Device Could Save Your Child’s Life

With unstoppable bravery, super-human strength, unwavering dedication to truth and justice it’s easy to understand why little girls are obsessed with Wonder Woman. And why parents might find the classic super hero to be a good role model. What mom or dad wouldn’t want a daughter who knows what she believes in and stands up for what’s right?

—discussed a plot point from the movie that parents might want to pay close attention to.

“When you first meet Diana on the island, she’s 5 or 6, and she’s this very curious little girl who’s very courageous, who’s very sassy,” the actor said in an interview released by Warner Bros. “She wants to learn how to fight, but she’s being very sheltered and very protected by her mother, who does not allow her to do so.” Wonder Woman’s mother, Queen Hippolyta, may be a Greek Goddess, but her instincts to coddle and keep watch over her daughter—even when it’s not what’s best for her—couldn’t be more human.

In fact, a 2015 survey by the Pew Research Institute found that the vast majority of modern-day mothers self-identify as overprotective of their children. 7 out of 10.

The problem is of course, that when girls are “kept safe” from even the smallest risks or failures, they are also being deprived. Of valuable experiences that could build up their resilience and help them grow into confident, strong, capable young women. And just as it’s only by taking the risk to leave home and her mother’s side for the first time that Diana realizes her full potential and transforms into the Wonder Woman we all know and love, your daughter may also need some freedom and space to realize her full potential. Basically, the lesson here is whether your daughter is six or sixteen, you have to let go to let her grow.

Stand back when  your daughter is reaching the cereal on a high shelf, do you walk over and grab it for her? Do you still order for her at restaurants? Even though she’s old enough to read the menu and make her own decisions? When she has a problem at school, do you step in right away rather than letting her try to work it out first?

If you said yes to any of these, you might some tough love similar to what Hippolyta’s sister, Antiope, had to offer. That a mother is delinquent in her duties if she doesn’t prepare her daughter for life. We might not phrase it in such harsh Amazonian terms, but the essence of the sentiment is true. When you step in, you’re essentially blocking your daughter from stepping up and growing her own skill set. Plus, you could actually be making her doubt her own abilities.After all, if she were capable of handling these situations on her own, why would you be so eager to problem solve for her?

Encourage Adventure Slumber parties and residential summer camp stays will help your daughter gain independence and see how brightly she can shine on her own.

As she gets older, meeting up with friends for an unsupervised afternoon of fun—or even taking a day trip with her best friend—will give her a little more freedom and make her even more self-reliant. After all, your daughter is going to want to leave the nest someday. Just as Diana knew she needed to leave her sheltered island home. These baby steps will prepare her to stand courageously on her own when that day comes. Cheer Her On When Diana tells Hippolyta she wants to go help end the war, her mother replies, “If you choose to leave, you may never return!” Although of course Diana joins the war effort anyway—and becomes Wonder Woman in the process—we’re pretty sure her mother’s nay-saying didn’t do much to build up her confidence.

If you’re worried that your daughter will hurt herself if she tries skateboarding, keep those thoughts to yourself and let her hop on board.

Think your tween daughter’s dreams of going to an Ivy League college one day are unrealistic? Tell her to look into what kinds of grades and scores she’ll need to get in, then encourage her to work for it. You know how people say if you shoot for the moon, you’ll at least reach the stars? The same goes here. If your daughter’s aiming for really big or slightly out-of-reach things and doesn’t succeed, it’s not a total wash. In fact, it can be a big win in terms of her learning about herself, her abilities, and where she has room for improvement. It’ll also help her grow more resilient and ready to handle life’s ups and downs. But who knows? Maybe she’ll hit her target. Life’s full of surprises, and your daughter is, too. 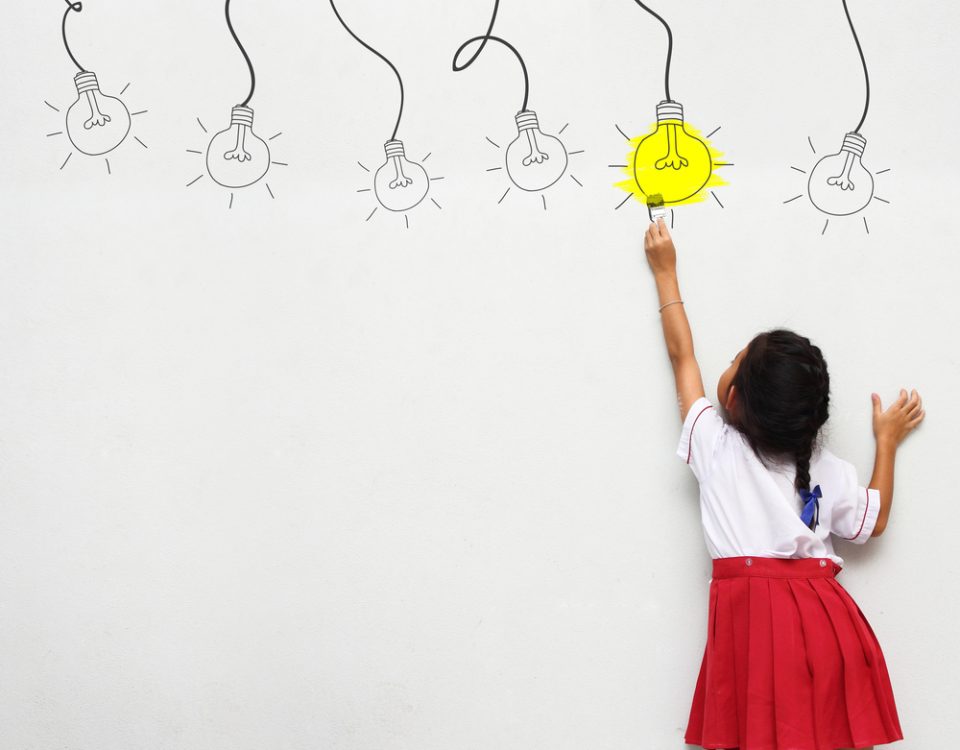 Watch For The Spark