On any given day, the average American drives about 25 miles and spends an average of one hour driving. Whether it’s driving to work, going to the grocery store, or chauffeuring the kids around, parents are true road warriors.

While teen drivers may not spend as much time behind the wheel as their adult counterparts, they’re still subject to the same risks, including aggressive drivers. These are people who:

Won’t let you in when you turn your signal on to merge into a lane;

Moves over into your lane without any warning;

Weaves in and out of traffic to gain a few car lengths;

Drives in the HOV lane during rush hour without any passengers in their car;

Takes a parking spot when you have been patiently waiting for someone to pull out; and

Honks their horn at you because you aren’t “moving fast enough.”

Unfortunately, we can’t do away with aggressive drivers. But what we can do as parents is pay attention to is our own driving behavior, as well as our response to the behavior of other drivers.

“It’s a parents’ responsibility to set the tone and create a model of behavior behind the wheel of a car for your children,” says Maria Wojtczak, founder of DrivingMBA, a driving tutoring facility in Scottsdale, Arizona. “They learn from you at a very early age and formulate in their mind what is acceptable behavior when driving.”

Wojtczak asks what you do in response to situations on the road? Do you yell and scream profanities, or just yell and scream and call the other driver names? Get next to them and try to show them your displeasure? Try to teach them a lesson by slowing down, hitting your brakes, cut in front of them, or tailgate them?

“While any of these behaviors may make you feel better, the fact is, they are all inappropriate. The appropriate response, particularly when you have children of any age in your vehicle, is to let it go,” she says. “If your child is old enough, discuss what just happened and why it’s so important to pay attention while driving. All we have control over is the way we drive, not what others do. Defensive driving means protecting yourself from the mistakes and, quite frankly, the stupidity of others.”

According to the Maryland Highway Safety Office, aggressive driving refers to a broad group of dangerous behaviors related to ignoring traffic rules and creating dangerous situations for you and others on the road. They offer a list of common types of aggressive drivers:

Competitive Driver – Some drivers always take to the road as though they’re in a race. This driver might accelerate past you, only for you to catch up with them at the next red light. They willfully ignore posted speed limits and in their bid to get ahead of the pack, they’re a danger to themselves and others. Going faster than surrounding traffic increases the chance of a crash by reducing others’ reaction times. Other vehicles or pedestrians may not see them until it’s too late.

Impatient Driver – This driver can’t stand to wait their turn. Many people become this driver when they’re running late, while others drive like this every time they get behind the wheel, simply unable to give anyone else the right of way. They speed through yellow lights and roll through stop signs. They might also enter crosswalks before pedestrians are across or turn across traffic, cutting off oncoming vehicles. They often honk their horns to express their impatience, even if everyone else is following all traffic signals.

Chronic Lane Changer – Every lane change is a potential collision because you must adjust your speed and position as you enter the adjacent lane. This driver neither knows nor cares about the risks, making them one of the most dangerous types of aggressive drivers. If there’s space for them to squeeze in and get even one car length ahead of their current position, they’ll change lanes. They weave through traffic, no matter the speed, recklessly endangering everyone just to feel like they’re getting ahead.

Close Driver – These drivers have no sense of personal space. They tailgate, eliminating any sort of safe following distance. When they overtake you while passing, you might have to hit your brakes to avoid rear-ending them because they’ve cut it so close. These drivers might also opt for a lane change that leaves them little to no room between vehicles, increasing the risk of a multi-vehicle crash.

Passive–Aggressive Driver – This driver thinks they’re sending other drivers a message. If the vehicle in front of them is driving too slowly, they’ll tailgate them or flash their headlights to get them to move over. Or if they think a driver on the highway is going too fast, they’ll speed up in the right lane so that the faster vehicle can’t pass. None of these things are productive and all of them create potentially dangerous situations.

‘Owns’ the Road – Some drivers always think they have the right of way. Whether they’re encountering pedestrians, bicycles or other vehicles, they always assume it’s their turn. They count on other drivers to yield to them in order to avoid a crash. Traffic laws, including the rules of right of way, are intended to help drivers predict where other vehicles might be. Behaving aggressively and unpredictably is one of the surest ways to cause a crash.

The best line of defense against bullies behind the wheel is to prepare your teen for when they encounter an aggressive driver. Teach them to not respond to the other driver and avoid eye contact. Also remind them to allow enough room around their vehicle so they can pull out or around if someone approaches them. In the instance someone does, stress the importance of not getting out of their car.

And, if absolutely necessary, teach them to call 911 for assistance, then drive to a busy, public place—especially places like a hospital, fire station or police station—where there are people around. Once there, tell them to use their horn to attract others’ attention. 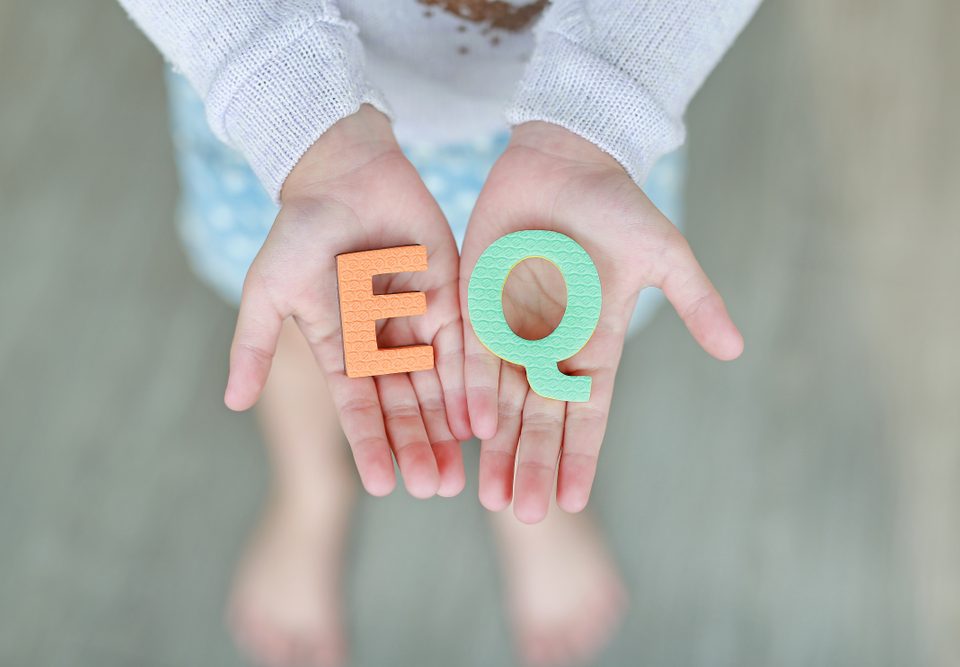 Be an EQ Role Model