Think Before You Drink

At some point in the middle or high school years, most every child is going to wrestle with peer pressure and confront those three dreaded little words: “Everyone’s doing it.” The “it” may be anything. From wearing makeup or getting a smartphone to cheating, trying pot or having sex.

But whether or not your child succumbs to negative pressure—because, indeed, not all peer pressure is bad—from friends and acquaintances depends upon a host of variables. While parents can’t control all those factors and probably won’t be around in the heat of the moment, they can give their children skills in how to navigate this rocky stretch of childhood. Parenting experts agree that listening to children, not talking at them, is key, as is teaching them how to problem solve so that they can handle challenging scenario on their own. 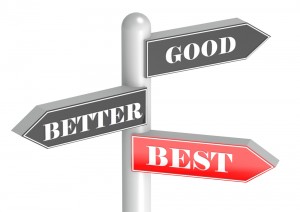 “Parents need to know that sitting down and giving a child a long lecture about the dangers of smoking, or whatever they’re doing, isn’t going to change that behavior,” says Myrna B. Shure, professor emeritus in the Department of Psychology at Drexel University in Philadelphia and the author of several books including “Thinking Parent, Thinking Child: How to Turn Your Most Challenging Everyday Problems into Solutions.” “What is going to change the behavior is that the child is the problem solver, and we need to give the child the skills to do that at a very early age.

‘A process of growth’

First, of course, parents and caregivers need to remember that peer pressure—defined more or less as an influence that a peer group or individual exerts in order to change others’ attitudes, actions or values—is something that’s been around as long as humans have.

It’s generally experienced by most everyone, says psychologist Vivian Seltzer, M.S.W., Ph.D., professor emerita at the University of Pennsylvania and the author of three books, including “Peer-Impact Diagnosis and Therapy: A Handbook for Successful Practice with Adolescents.” There are plenty of occasions in which it’s a positive influence as well, such as when students encourage each other to study for a test or pull their grades up.

Peer pressure typically begins in middle school and lingers through high school, but it’s also a transitional thing, affecting some kids at one age and others at different times in their lives, she says. “It’s important for parents to realize it’s a process of growth,” Seltzer explains, adding that it’s also good to remind your child that the adolescent and teen years are a huge time of physical, emotional and social growth.

These are also the years when a child is apt to try out new things, from good and less-than-desirable behaviors to sports, music genres and, yes, even friends. “Kids have to understand that, sometimes, their best friend will not be their best friend anymore,” Seltzer says. “That’s natural. Don’t be worried if your kid gets dropped because they may be the dropper in six months or so.”

With all the turmoil that can result from the emergence of peer pressure in your child’s life, it’s more important now than ever for parents to be there for their kid—even if they aren’t the first ones the child turns to.

By the time kids get to middle school, peer krelationships are their No. 1 priority; Shure says. And children who succumb to peer pressure often are those same youngsters who weren’t able to form friendships, the kinds that are constructive and rewarding, when they were younger.

Seltzer says parents need to accept that they’re going to be second fiddle to their kid’s friends awhile; it’s normal, but it doesn’t mean parents lose their parental role.

“An important function of parents is to reduce kids’ internal pressure,” she says.

“They’re comparing themselves to so many kids that they feel like a loser every day, so support them and reassure them. Patience is the name of the game; patience, love and understanding.”

Of course, if a child is unhappy most of the time, a meeting with a counselor or therapist is in order, she says. Similarly, if your child’s grades begin to slip, talk with teachers about the atmosphere in the classroom and ask if there are one or more positive aspects about your student that the teacher can stress out loud.

Marion Lindblad-Goldberg, Ph.D., clinical professor of psychology in the Department of Psychiatry at the University of Pennsylvania School of Medicine and director of the Philadelphia Child and Family Therapy Training Center Inc., notes that the less a child has going for them family wise, the more important a peer group will be. So make it a point to be an interested and engaged parent, she said, and ask questions that probe your child’s feelings such as:

Tell me today what happened that you felt good about?

What went well today and what didn’t?

How do you feel about the way you handled things (with your friend, the math teacher, etc.)?

As for how a parent can help relieve a child’s internal pressure, Lisa Medoff, Ph.D., an education specialist in the Office of Medical Student Affairs at the Stanford School of Medicine at Stanford University and editor of the “Stressed Out Students’ Guide to Handling Peer Pressure,” says one of the best things to do is listen.

“Most of us like to talk and give advice about our own lives and what we’ve learned, wishing we hadn’t made all the mistakes we made,” she says. “I have a trick that I do: Every time I want to say something, I literally swallow my words. You should be listening a lot more than talking. Ask them what they want.

Say, ‘Do you want me to give you advice? Or do you just want me to listen?’ They’ll tell you. And by doing so, you’re going to give them more choices and you’re giving them more coping mechanisms.”
And don’t worry; there’s no such thing as the perfect parent, Lindblad-Goldberg says. Parenting, as most folks know, exists in context, she says. How you do it depends upon how tired you are, w 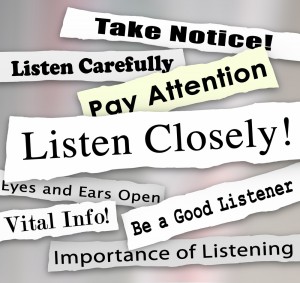 hat else is on your plate, how you’re getting along with your spouse and any other myriad variables

Even the most loving, well-meaning parent won’t always get it right.

She recalled a time when she was in elementary school and another girl threatened to come to her house and beat her up. Lindblad-Goldberg remembers sharing with her mother what the girl had said and informing her mother to tell any visitors that she was not at home. Her mother promptly replied she would do no such thing because, “We don’t lie in this house.”

Yes, her mother was upholding an important value and trying to be a good role model, but “she missed the forest for the trees,” Lindblad-Goldberg says.“She should’ve picked up on the emotions and said, ‘Marion, this isn’t like you. What are you feeling? What’s going on?’ ”Medoff’s advice is to talk to kids “like a politician, in sound bites,” and to realize that even though adolescents and teens are seeking independence from their families, they are at the same time relying on the “foundation you built for them.” For the parents who can’t resist handing off pearls of wisdom to their offspring, Medoff says to grab a pencil and paper and write it down. “You can write, ‘I was listening to you, and I wanted to give you my full attention, but I also want to tell you a story that happened to me…’ ”

You’ve listened, reassured and supported your child through tough times, but it’s also important to talk a little, if only to give them the basic skills of problem solving. Shure said she views it as the top rung on the ladder of parenting approaches.

The bottom rung is a “power” approach that “all parenting experts agree is not effective,” she says. This includes giving the child negative punishments, time-out sessions and even yelling or spanking a child.

The second rung is more positive, with a parent giving the child suggestions and directions on what to do.

The third rung, called induction, focuses on a parent not telling a child what to do, but explaining why: “If you hit him, it will hurt him,” or “If you grab all the toys, you won’t have any friends.” The child is a passive recipient, though, with the parent is doing all the talking.

The fourth rung is a more “dynamic” approach, Shure says, in which the parent asks the child questions like “how do you think I feel” and “how do you feel about…” and gets the child’s point of view.

In this way, the child learns empathy because he learns to recognize feelings, she says, and it’s an ideal way to handle situations revolving around peer pressure. For example, one question Shure says a parent might ask is, “Can you think of a different way to solve this problem so your friend won’t be mad?” By coming up with their own solutions, kids feel empowered to take action.“Children are more likely to carry out their own ideas,” she explains.

In addition, this approach aids those kids who are the perpetrators of peer pressure.

Because many of those kids haven’t developed genuine empathy for others, she says. And if a child doesn’t care about his own feelings, he won’t care about anyone else. On her website, ThinkingChild.com, Shure recommends asking kids questions in an effort to combat peer pressure at school. They include:

What are your hopes and dreams?

What might happen to your hopes and dreams if you smoke cigarettes, or try drugs?

How will you feel about that?

Can you think of something you can do or say so those things won’t happen?

“When you ask a child a question, instead of telling him what to do or explaining why, it’s a way to start a conversation, a dialogue” she said. “And if you start dialoging with children when they’re younger, and before peer pressure enters into their lives, they’ll learn how to deal with things when they come and develop thinking skills for handling problems relevant to them when they’re 14.” 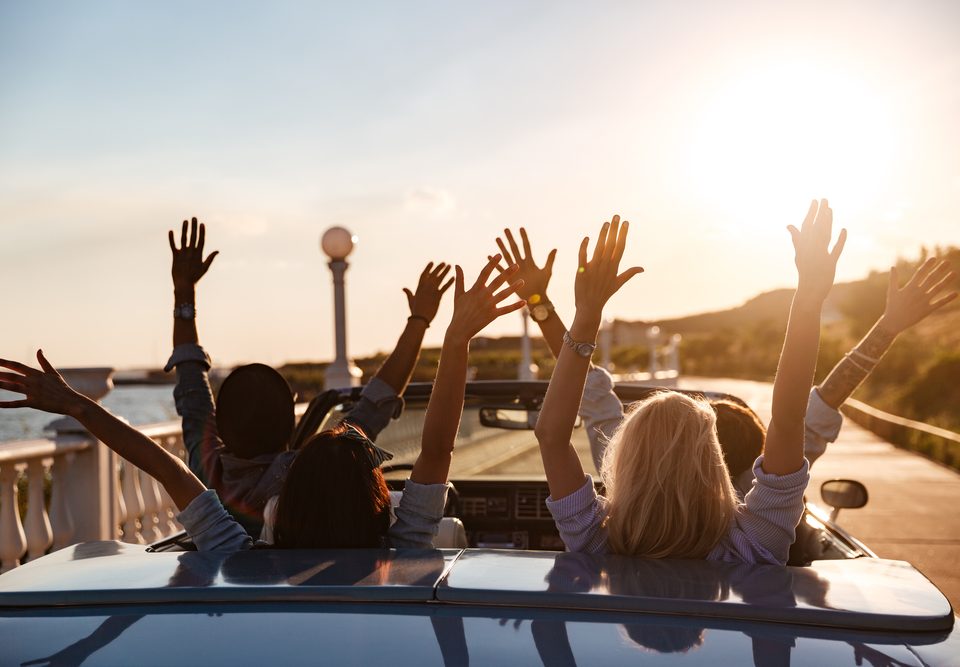