As a TV news anchor, I’ve been asked how I handle telling my children about tragedy. I’m no child psychologist, but through my job, I see more than my share of awful stories.

Ironically, I don’t want my children to hear about horrible things from TV (or school or friends). My husband and I prefer to wait until we have some emotional control and can be reassuring and calm. Then we call on our faith for comfort, making sure our 11-year-old sons, Seamus and Wen, understand that sometimes bad things happen to good people, but that mostly the world is a wonderful place.

When the Yarnell fire happened this summer, this is how I told my kids about the heartrending tragedy that devastated Arizona: As soon as the Channel 12 newsroom got word that 19 young men had perished while fighting an out-of-control wildfire in Yarnell, Ariz., we went into overdrive. Everyone picked up extra shifts; our coverage was nonstop.

But during every commercial break—and even sometimes during an interview—the sadness overwhelmed me. My voice would crack and I found myself furiously blinking back tears. It was incomprehensible that so many brave men were gone…and lost in such a horrific way.

I couldn’t even deal with the pain myself and dreaded telling my sons. How could I help them understand that this was not just another tragic

news story, but a rare example of courageous sacrifice?

Six days after the Granite Mountain Hot Shots were killed, I returned home from covering the story in Prescott, emotionally drained. When Seamus and Wen wanted to know why I had to be gone so long on a fire story, I knew it was time. So I asked them both to grab a handful of Legos and sit on the floor with me.

I scattered them in front of us and said, “This was the fire.” Then I put 19 small blocks in a pile to show how the Hot Shots were working the line, trying to keep the fire from advancing. “It was okay to be this close,” I said. “Because the wind is blowing the flames away from them.”

But then I whispered, “The wind suddenly changed and 50 mph gusts were now blowing towards them. Instead of being at the back of the fire, they were now in front of it.”

I pushed the Legos closer to the 19 small blocks, then slowly stared curling more Legos around them, until it was obvious the firefighters were trapped.

Looking up into their innocent faces, I could see a heartbreaking mix of understanding and sorrow. Seamus wanted to know how old the firefighters were, and was troubled to learn that several were younger than his 24-year-old brother Zach. Wen asked if we could maybe say a prayer.

So that’s what we did. Prayed that God would take good care of them in heaven, that their children would be okay without their daddies, their wives would somehow go on without their husbands, and their parents would be able to cope without their sons. When we finished, I think it was the loudest “Amen!” I’ve ever heard their little voices speak. 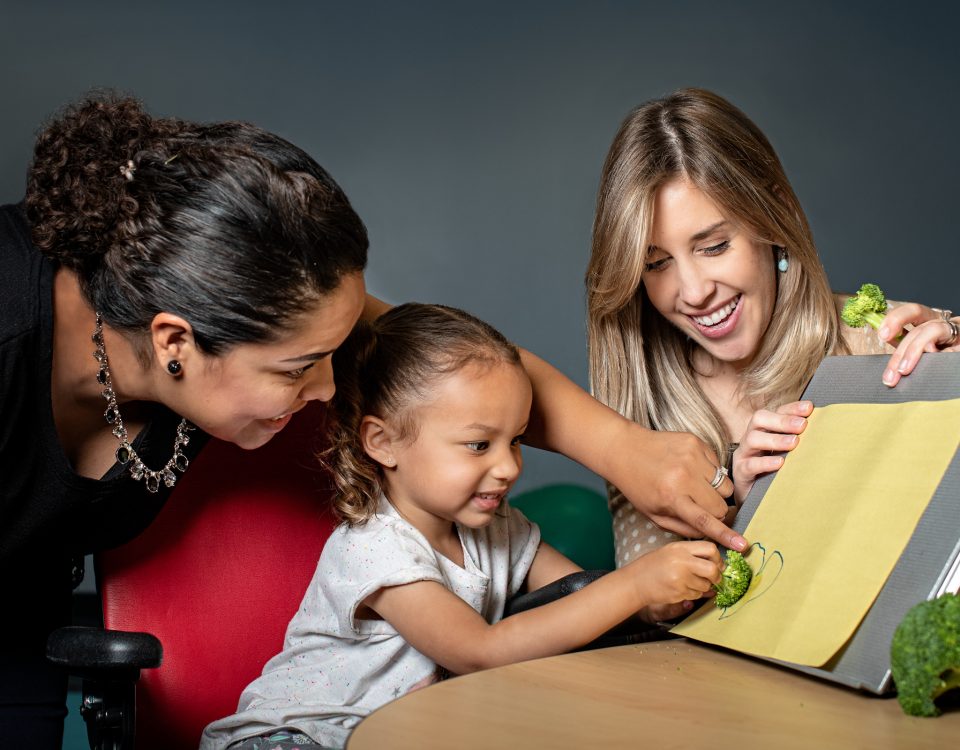 Can My Child Benefit From Pediatric Occupational Therapy?