Establishing custody rights is a decision that can critically affect the life of your child. The most popular type of arrangement is joint custody. Parents can have joint legal custody, which means both parents have legal responsibility for decision making about the children’s welfare. Some parents with joint legal custody also have joint and physical custody, wherein children spend significant amounts of time (though not necessarily equal time) with both parents.

The debate over whether joint custody works is a parenting issue. What’s in the best interest of the children? Which type of arrangement works best for reasonably cooperative parents? For high-conflict parents? What has been learned about children and divorce that can guide these decisions?

Thankfully, we have learned much about parenting and divorce since we were children. Both research and practical experience suggest that, in most cases, two parents are better than one.

Dr. Sanford L. Braver, professor of psychology at Arizona State University and co-principal investigator at ASU’s Prevention Research Center, agrees children typically fare better when both parents are significantly involved in their lives. Therefore, the current trend is for courts to favor some form of joint custody over sole custody.

Cheryl Wilson, divorced parent of 12-year-old Tori, says sole custody would be in her daughter’s best interest. Although Wilson and her ex-husband have joint legal custody, his involvement in his daughter’s life has decreased over the years and they now have a strained relationship.

“He doesn’t try to fit into my life, he just does what’s convenient for him,” says Wilson, adding that if she had sole custody, the situation would be easier for her daughter. “I know that it is best for Tori to have a healthy relationship with her dad, but right now, it’s not healthy and it’s not what Tori wants,” explains Wilson.

Children of divorce want both parents to be involved in their lives. “I want my dad to be more involved in my life. I want him to come to my ballet recitals and he never has,” says Tori. No matter whom they live with, children of divorce desperately want both parents to be there for special events, answer questions, allay their fears and share their interests. Here are some benefits and challenges of joint custody arrangements.

-Healing with time. Sanford Braver, Ph.D., suggests time is an essential element for a divorced parent. He says one to two years after separation, parents have often dealt with their own issues and are able to re-focus on parenting issues.

-Learning to negotiate. As co-parents, it is helpful to learn negotiation and communication techniques to use in stressful interactions. In their book, “The Co-Parenting Survival Guide,” authors Elizabeth Thayer and Jeffrey Zimmerman suggest when emotions run high, parents should keep their interactions short and simple, focusing on goals. They also should seek to understand the other’s perspective and listen to what the other parent is saying.

-Dealing with problems before they escalate. Think of creative ways to solve problems. Dr. Marlene Joy, a therapist in Scottsdale, says many legal conflicts could be avoided if parents would think creatively. Based on her experience working with the Arizona court system, she helps families use “out of the box” thinking to find solutions to visitation and other custody issues.

-Coordinating with busy schedules. It is often challenging to keep parents’ and children’s schedules straight. To prevent children from feeling “shuffled” between households, set clear schedules and stick to them. If changes need to be made, parents and children should discuss changes.

-Parenting disagreements. “Parents should create the illusion that they get along with the other parent in front of the children,” advises Dr. Joy. Experts emphasize that parents should never degrade one another and be mindful of subtle body language and voice tone; your children will pick up on it.

-Taking advantage. Children are smart and quickly learn to take advantage of and get what they want from parents by exploiting inconsistencies. For example, your daughter might try “Mom lets me go to the mall with my friends, why won’t you?” Consistent schedules and rules set clear expectations and reduce potential conflict.

-Creating loyalty conflicts. Well meaning parents can place children in the middle of their conflicts. Children should not be asked to speak on parents’ behalf. Even in times of conflict, parents should support spending time with the other parent.

Perhaps the most important factor that determines the success of joint custody arrangements is for both parents to develop a parenting plan at the time of separation or divorce. This plan offers a structure for parents to stay focused on the children and map out how specific issues will be handled. The plan will probably change over time as children’s needs and interests change, but, in general, parenting agreements should describe details concerning how parents plan to meet the children’s medical, psychological, educational, spiritual, physical, and social needs.

Effective plans can prevent conflict by setting clear expectations. Detailed planning can make transitions and events easier for everyone. Here are some tips:

–Plan ahead. How many days will be spent with each parent? What are the dates, times, and locations for the visits? How are you going to handle the holidays?

–Stay Flexible. Planning ahead doesn’t mean being rigid. For example, if you have out-of-town relatives coming to visit this year, ask in advance for the kids on those days.

-Accept Differences. In terms of parenting styles and discipline, make a commitment to agree on basic values (i.e. not buying violent video games or letting the children go to R-rated movies) and accept inconsequential differences (i.e. what time the kids go to bed when their cousins are visiting). Remember to choose your battles- while overall consistency in parenting is a must, absolute consistency (especially during the holidays) is often unrealistic.

-Be Fair. Creating a fair plan does not necessarily mean splitting equal time between parents, but rather that both parents are involved, their needs be considered, and final decisions are made in the children’s best interest. 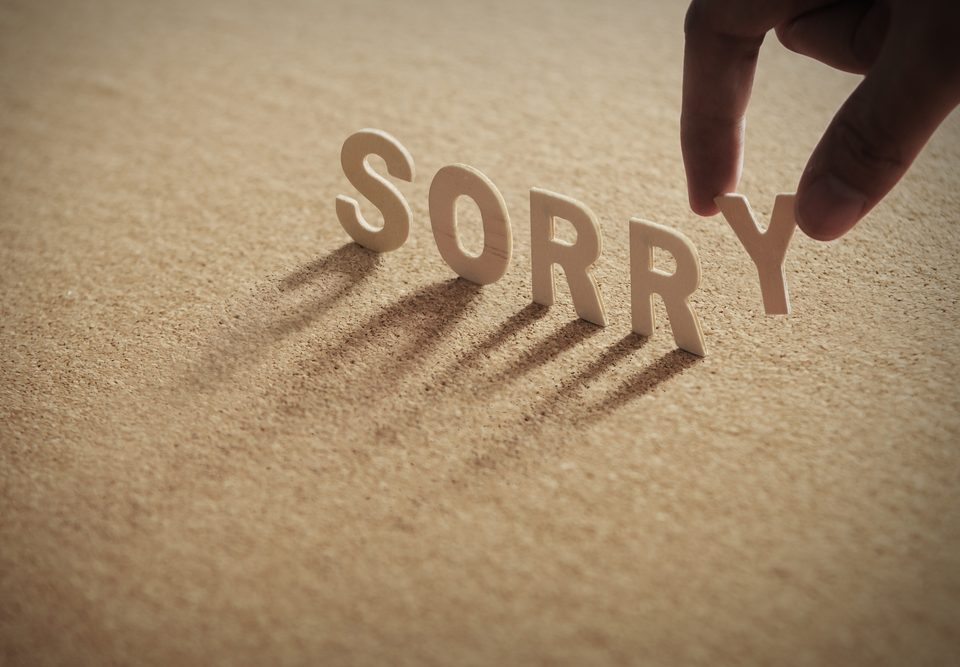 The Power of ‘I’m Sorry