“For the things we have to learn before we can do them, we learn by doing them.”

A Program to Help Educate our Children’s Hearts and Minds

The Moments that Shaped Me

My life hasn’t always been easy, and there are several things I wish I could change. Now, I say this very lightly, because the things I have been through have shaped me into who I am today, and I wouldn’t trade that for anything. When I say that there are things I wish I could change, I am not referring to the action’s of others, circumstances I was placed in, or the people who I call family. I consider these events and circumstances, good or bad, happy or painful, fond memories or nightmares to be what has shaped me; they are the free-will choices, the ordained moments, the chosen people who have influenced my life and helped me grow in so many ways. These are the moments and times that I may not always understand or agree with, but it is a part of who I am, and I wouldn’t change that.

When I say there are things I would change, I mean things I was in control of: my emotions; my actions; my beliefs; my thoughts; MY decisions. Now, I know that these have also shaped me into who I am today. However, it is my belief that if I had done some things differently I could have avoided a lot of heartache, self-pity, and emotional wall building. For those of you who don’t know the details of my story, I am going to share plenty in here. As you read, please know that I am not the person I used to be. God completely transformed my life, and I am humbled to walk in His grace. Now several years after the beginning of God performing surgery on my heart, I want to share with you the procedures that he had to take to save my life, in hopes that yours, too, can be saved and you can begin to experience freedom.

I WOULD HAVE: SPOKEN UP

In April of 2013 I attempted suicide. I remember how desperate I was to stop feeling because anything I felt was painful. I was so confused about my depression, because it would come in seemingly unpredictable waves and suddenly I was drowning in self-pity. I never talked with anyone about how I was really doing; I went to the school counselors, but not with the intention of getting help. Rather, it was a game I played to reassure myself that I was okay. The moment I went into their offices, the mask went on, the walls went up, and a happier version of myself appeared — a version I could stand being around. When I was alone in my room, self-hatred suffocated me and prevented me of knowing why. Confusion and oblivion were constantly talking in my head, and they were my focus. Physical surroundings meant nothing when I was in my head trying to understand why I felt so hopeless, so tired, and so desperate. My skin became a shell named Joanna, my mind a cage that kept me captive, feeding me nothing but lies, hatred, and insecurity. I was so lost. One day I couldn’t take it anymore and decided to try to not feel anything. My body went numb, and my brain seemed to just stop. Finally, I thought, it would all be over. A small whisper said “it’s not time yet,” and suddenly feeling ran through my body. I was so deep in hopelessness that I was deaf to the voice of God.

I began seeing a therapist. I talked just enough that I believed he would buy into the lie that I was okay — he did not. Trying to manipulate the system, I told him about a guy that I had been with who was definitely not safe. I discovered later that he told my parents, and was infuriated! I had believed what I said to him to be confidential, and felt betrayed by him telling my parents. Now, years later, I understand. As a 16 year old girl, however, all that I saw was that the moment I began to open up, I was betrayed. I shut down completely. My next session with him, I did not say a word. I remember staring at the clock, watching each minute ticking by as he poked and prodded with questions and I responded with silence. When the hour was up, I felt this bit of excitement, like I had just won a huge battle. I could control and manipulate people and time by not speaking. If I just stayed silent, then I wouldn’t have to talk about the painful things. If I focused on the clock, then I didn’t have to listen to his questions. What I didn’t realize is that I had just began building a wall that would take a lot of time and energy and hurt to tear down. Building the wall of silence was a lot easier than tearing it down. Talking was hard, and I couldn’t think about the hard questions he asked. I felt it required too much of me.

If I could go back and sit in the room with 16 year old Joanna and the therapist who’s name I don’t remember, I would speak for her. “I’m dying inside! I want to die! I was raped! I was molested! I feel so alone! I need HELP!” I wish I had spoken, and kept the wall down. I wish that I had told him everything, and realized that being in control wasn’t as important as I thought it was.

So, to whomever is reading this, I encourage you to speak even when it is the hard thing to do. Be honest with those who care about you when you are hurting or struggling. I am telling you from experience that tearing down the wall of silence is incredibly difficult. I still struggle to not shut down with silence; it became a habit for me in which I subconsciously believed I was controlling the uncomfortable situation. Thank God I have a stubborn husband who sees through the silence and fights for me and with me. Communication has been a huge challenge in our marriage, and in my life in general. Obviously it was more than the one example I gave; there are too many to recall. It was not worth it to hold everything in, and it never is. I wish that talking about the hard stuff about ME came easily to me, but it doesn’t always. Now I practice with people I really trust, and slowly the walls are coming down (present tense because it is a work in progress, but it is nevertheless progress). Only by the grace of God have I gotten as far as I have today.

“Do not be anxious about anything, but in every situation, by prayer and petition, with thanksgiving, present your requests to God. And the peace of God, which transcends all understanding, will guard your hearts and your minds in Christ Jesus.” 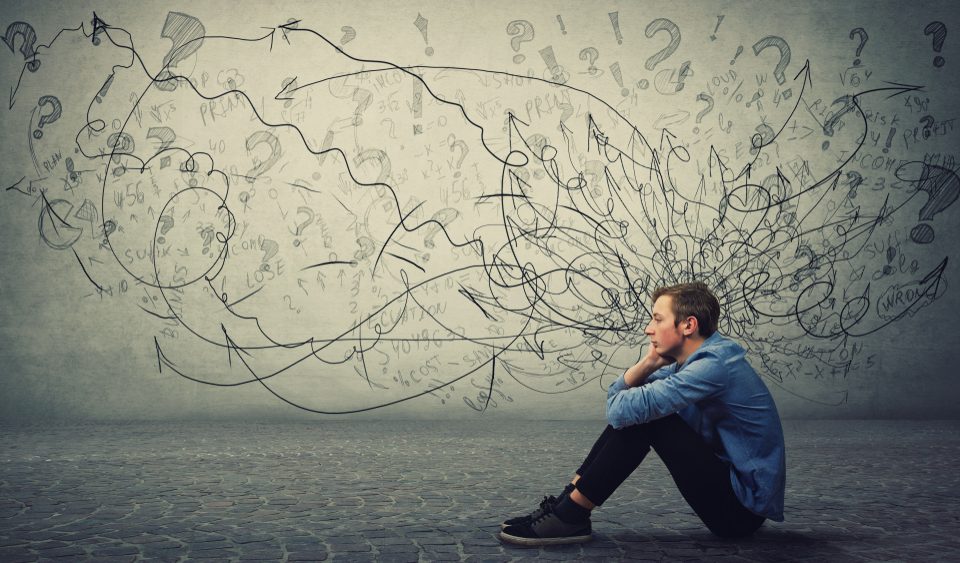