These devices first emerged on the American market in 2007, intended as an alternative to traditional tobacco cigarettes. Equipped with a mouthpiece, battery and heating component, these devices rely on an “e-liquid”-filled cartridge containing a propylene glycol or vegetable glycerin-based fluid that can contain nicotine. In addition to these nicotine-laced liquids, some devices allow users to vaporize THC in some form as well. The battery inside the device warms the heating component, turning the e-liquid of choice into an inhalable aerosol. 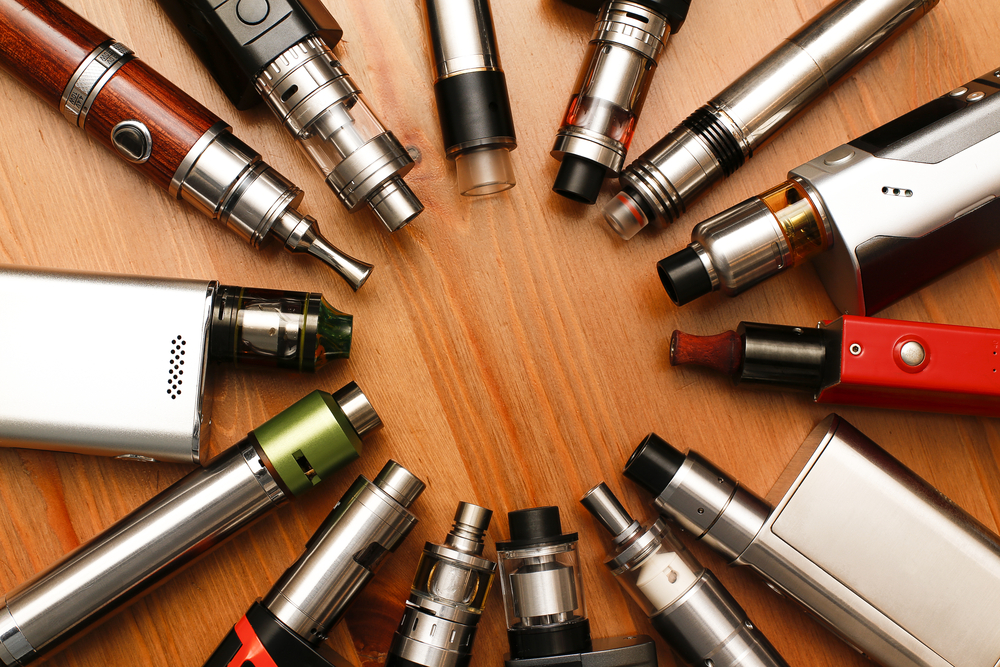 The most popular of these devices is manufactured by a company called JUUL.

Notable for its small, discreet design, the JUUL resembles a typical USB flash drive, making it popular among adolescents. The stealthy design allows them to bring it and use it in school, and easily hide it from teachers and parents. “JUULing” is made appealing to kids due to the fruit and dessert-flavored e-liquid cartridges. Most distressing of all, one JUUL pod contains a whopping 23 mg of nicotine, the equivalent of a 20-pack of cigarettes. Its 5% nicotine percentage per pod soars above the e-cigarette standard of between 1 and 2.4%. If that’s not disturbing enough, JUUL also claims its e-cigarette delivers nicotine up to 2.7 times faster than other vape devices.If all this sounds alarming, it’s because it is.

High school vaping has increased by 75% according to the FDA. Even worse, the trend has now spread to middle schoolers, who have reportedly increased vaping by 50%. This disturbing rise in youth vaping has led the FDA to impose a ban on JUUL’s more youth-appealing flavors. Still, it is essential to exercise caution and monitor your children to ensure they don’t fall victim to the manipulative marketing and social pressure to use such devices.

Many children are unaware of the potential long-term impacts of vaping, and have the false belief that vaping is a safe alternative to cigarette smoking. Many don’t even know what they are consuming at all. According to a study, 63% of JUUL users between ages 15 and 24 didn’t know that the product contains nicotine. They are under the false impression that they are vaping “just the flavoring”. Give your child the hard facts about vaping and nicotine ingestion so that they are aware of the consequences and less likely to try it or continue it.

One of the scariest potential issues is called “Popcorn Lung”, or bronchiolitis obliterans. Popcorn Lung damages the airways in the lungs, making it difficult to breathe and causing coughing and irritation. It got its name from an ingredient in packaged microwave popcorn called diacetyl. Which was found in people who packed popcorn. Vaping has also been shown to potentially worsen heart disease in those who already have severe heart conditions. It can also increase the risk of heart disease in healthy people because of its stress on t he blood vessels. Educate your child about all the potential risks.

Parents are often upset when they catch their child vaping, however anger often will only make things worse.

As with many other problems, compassion is a key element to getting your kids to abstain from or quit vaping. Many parents think that they must be strict, lecturing and authoritarian when dealing with issues such as these. However, this is often counterintuitive due to an adolescent’s sometimes rebellious mindset. Young people are often emotional and reactive due to a lack of wisdom and maturity, and attempting to enforce strict regulations upon them with a lack of emotional support is usually not the answer.

Try to address this issue with a calm, poised and rational mindset. Use facts, logic and statistics to help influence your child. It may sound unrealistic to attempt rational thinking with an adolescent, but it is effective. That’s not to say that parents shouldn’t assert themselves when dealing with issues such as these. However do it so in a balanced manner. Enough to get the point across. Never overdone to threaten the relationship between you and your child. Dealing with vaping and nicotine issues with your children is just like any other issue. Best done with a heavy dose of empathy, while still remaining assertive.